Some additional information in one line

Scrimmage Search is an iOS and Android application that connects coaches, players, and officials to schedule and play games. The client noticed that there were many apps in the marketplace designed to bring people together for various events or based on common interests, but not for sports. Scrimmage Search decided to create a community for sports enthusiasts to connect and came to ATAK to develop their app.

ATAK was tasked with designing and developing an iOS and Android application from the ground up, addressing the following key areas: 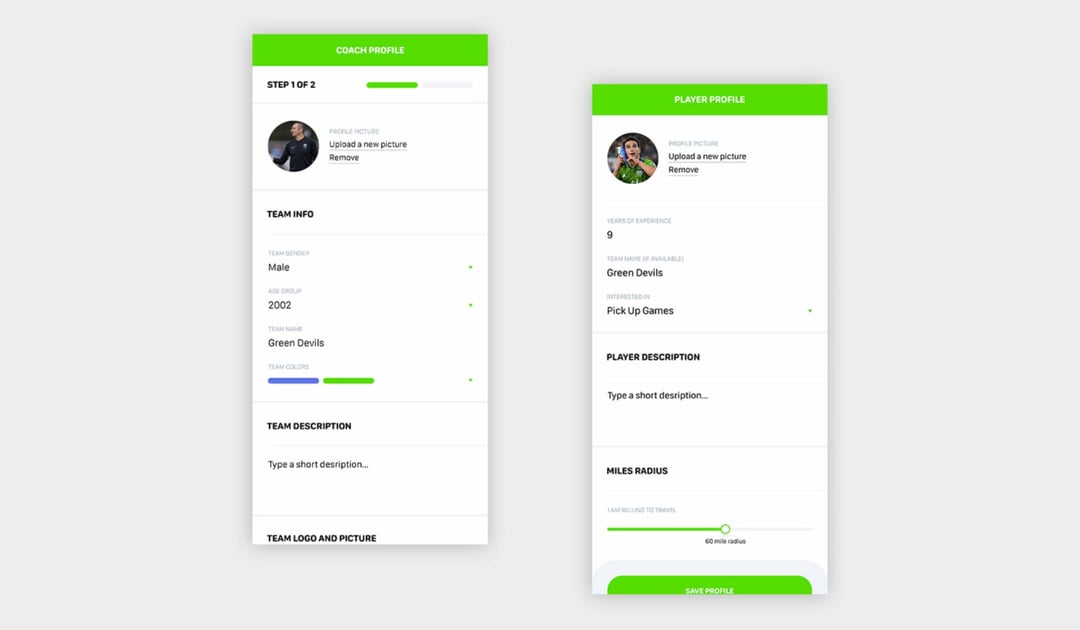 The first step was to work with Scrimmage Search to design the entire user interface of the application (UI/UX). ATAK designed every screen for the application from signup to the match rating system.

As soon as we were able to settle on a beautiful design, we started developing the app from scratch. We went with a native application approach, building apps separately for iOS and Android systems. (At the request of the client, we developed the iOS version first.)

Given one of the app’s main features was location-based searches, we implemented location services into the app. With this tool, coaches, players, and officials would be able to find each other not only through zip code but also through the current location of their device.

Because of the unique nature of the app, we also custom-coded user profile and game matching functionalities. A notification system and chat tool were also developed to make sure that users received their requests promptly and could communicate any issues if needed. Last but not least, we implemented a rating and review system that would facilitate sportsmanship.

As a final step for the iOS version, our team thoroughly tested to ensure every step was a user-friendly and smooth process for coaches, players, and officials looking to make new connections through Scrimmage Search. We worked with the Apple Store through approval to make sure all rules were followed.

Once the iOS version was finalized, developing the Android version and connecting it to the overall system architecture and database were fairly straightforward. Upon finalization and review, the application was launched in the Android application marketplace. 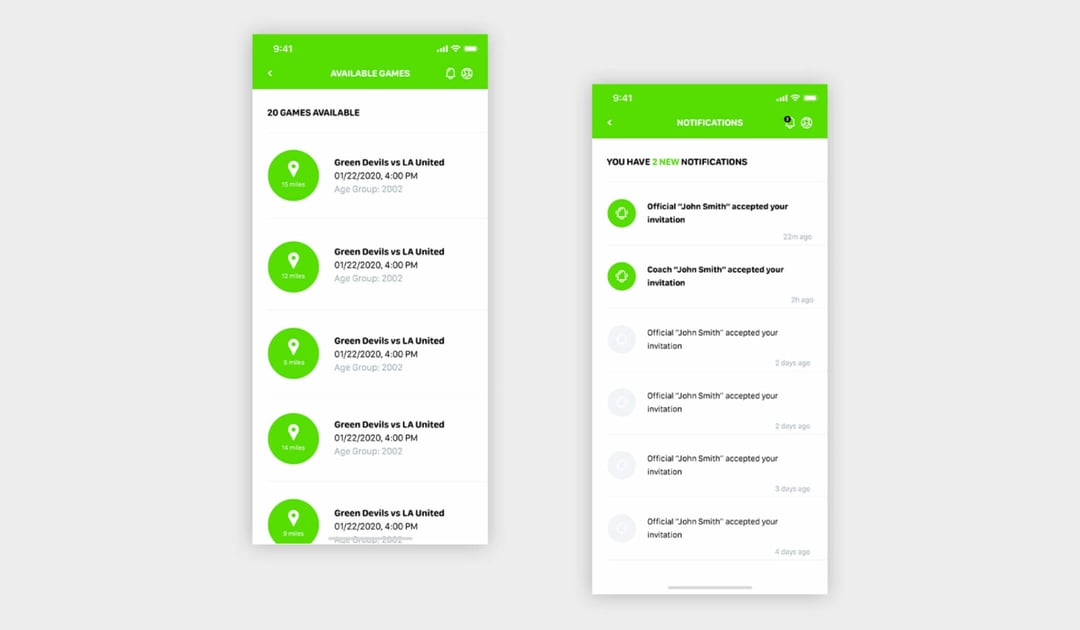